The Artequin Museum opened in May 1993, and has been located at the Paris Pavilion since that time. The Paris Pavilion, located in front of the Quinta Normal Park in Santiago, was built in France in 1889 to represent Chile at the Great Universal Exhibition, which celebrated the 100th anniversary of the Storming of the Bastille.

The French architect Henri Picq was in charge of the design and construction of the building, which would house an assorted exhibition reflecting the nation’s progress through trade, the shipping industry, education, agriculture, and army. It would also contain an important selection of works by well-knows national artists.

In order to be transported to Chile, the building was constructed so that it could be disassembled. The materials used were iron, steel and zinc, and its plans were conceived to facilitate its transportation and future reconstruction. 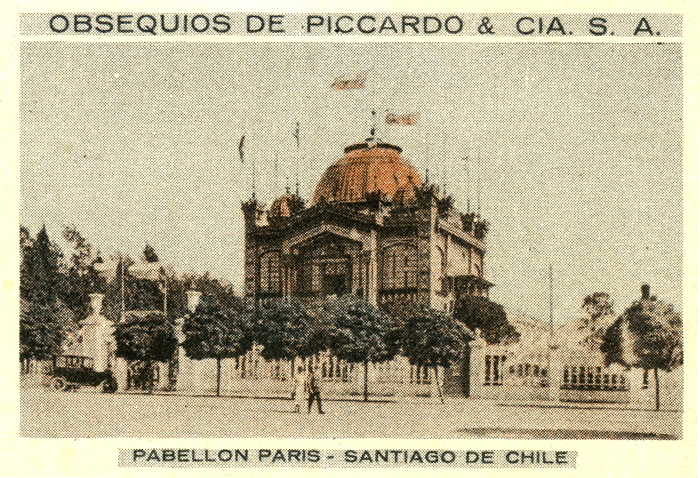 The Pavilion was moved by boat to Valparaíso, and then by train to Santiago. In 1893, it was reassembled in Quinta Normal. In 1964, after serving various institutions, it became the Santiago Aeronautic Museum. In 1986, the building was declared National Heritage for its architectural beauty and importance. It was restored and remodeled in 1992, recovering its original colours, to house the new Artequin Museum.